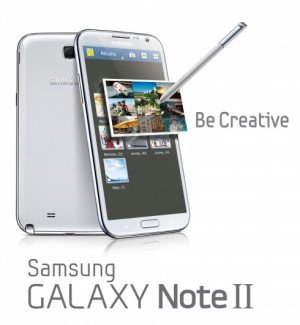 As rumored  (or expected), Samsung announced the second generation of Galaxy Note, Galaxy Note 2, at IFA 2012 yesterday. Now, the first Jenny Bean(out of box, not through update) phone.

So, here is a short list of changes (from Galaxy  Note to Galaxy Note 2):

We hope Samsung will port some of these features into Galaxy Note!!!
The shipment will start from October. So, just wait one month, you may start to try.
What do you think about this new generation of Galaxy Note?
Here is the full press release. For your reading pleasure, I quote it below.


Finally, US pundits will be able to put their hands on this tablet smartphone on Feb. 19. AT&T is now accepting pre-orders for Galaxy Note, with a price of $299.99 (for 2 year contract) through its online shop.

The major appealing points for US consumers include:

Please note, the US version of Galaxy Note gets 4 capacitive buttons on the device. This is different from the models offered in Europe and Asia, which come with 1 physical home button and two capacitive buttons.