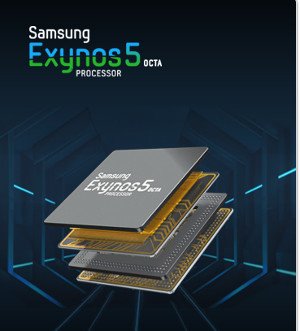 Almost certainly, Samsung will announce the Galaxy Note 3 during (before) IFA 2013. Galaxy Note was announced during IFA 2011, Note 2 was in IFA 2012.

There are some leaked images and specifications circulating around. But none of them accurate, because Samsung surely produced several prototypes for evaluation. A few additional prototypes may be just to confuse competitors.

Based on Samsung’s track record in Galaxy S series and Galaxy Note series, it is certain, that Galaxy Note 3 will be an “upgrade” to Galaxy s4, not just an upgrade to Galaxy Note 2. This is the product strategy for Samsung. When S4 was released, there is about one year time for competitors to beat S4 with newer hardware. Note series at least shorten this window to 6 months.

Galaxy Note 3 will surely have full HD (1080p) screen. And it will surely be Super AMOLED made by Samsung. Early this year, before Galaxy S4 was announced, there was a rumor that Samsung had problems with full HD on AMOLED.  S4 stopped this rumor.  So, Samsung definitely has no problems to produce full HD AMOLED display in a bigger screen.

If we compare this processor …

Of course, it is NOT necessary to go back to GB. Don’t over-react on the feeling. In this post, I will share with you how to read your available RAMs, and some tips to make your Note more responsive.

Now, you can check your memory (RAM) usage through Settings–Applications–Running. You should have 200-400MB free RAM. This is more than sufficient for most apps!! For example, for my note as shown below, it still have 299MB free RAM after running a few days.

But if I use the bundled Task Manager, it reported only 101MB free RAM as shown in the screenshot below. This is why a lot of  users get scared!. Do not trust any task manager or system info apps. Most of them suck. Most of apps report available RAM inaccurately.

Wait a minute, the specification says my Galaxy Note have 1GB ram, but it shows I only have about 800MB.  Is Samsung cheating us? Surely not. The about 200MB RAM is reserved by the system, mainly for GPU.  In your Galaxy Note, there is a GPU (Mali 400-MP, to be precisely) whose duty is to render whatever to be shown on the screen. All such embedded GPUs do not have “dedicated” memory: they have to share the system RAM (your 1GB RAM). As GPU need contiguous (both physical and virtual)  address, memory should be …