Galaxy Note 10.1 was announced in last February to take the momentum generated by Galaxy Note.  This is a wise decision to create a unique tablet with S Pen (and productivity tools).  The initial specifications announced in MWC2012 were not impressive and the design was just another out-of-the-mill Android tablet. 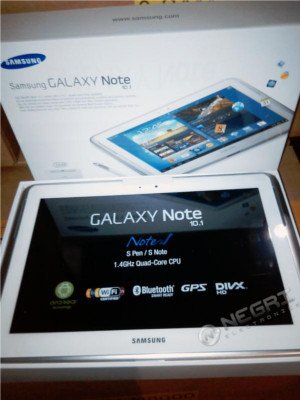 Of course, there is a limitation of human eyes. Normally, pixel density higher than about 250ppi will make no differences for most people without using special equipment, if the contrast and brightness are not an issue. If your eyes have been spoiled by Galaxy Note’s display, you will immediately feel 1280*800 on a 10.1 inch screen (pixel density about 150ppi) is very uncomfortable. Putting a 1280*800 screen on a 7-inch screen  (pixel density is about 210-220 ppi) is quite reasonable, like Google Nexus 7.

It is really hard to understand why Samsung put such a subpar (resolution) display in their high end tablet. As you may know, Samsung supplies most of the new iPad display for the fruity company. Technology surely is not an obstacle for Samsung to put a full HD display.   Just to save $20 in the cost!!

Why can none of  the Android tablet challenge iPad in the 10in form factor? Initially, it is due to OS and apps. Android 2.3 is not suitable for 10-in form factor. Honeycomb is a rush product. Now, Android 4.0 (ICS) and 4.1 (Jelly Bean) already surpass iOS 6, and iOS is trying to catching up.

So, the competition is more on display!! Retina display in the new iPad made all Android tablets like a toy when it was announced. Thanks to Asus and Acer, we now do have a few Android tablets in the market: Acer A700, ASUS Transformer Infinity, and probably Google Nexus 7.