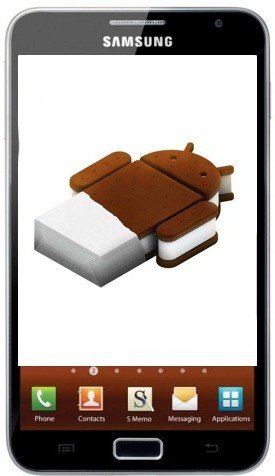 Yes, about 5 million Galaxy Note users are patiently waiting for the update to the delicious Ice Cream Sandwich (ICS, aka Android 4.0) since last November. Initially, we heard the ICS update will be available together with Galaxy SII  in March. Later, Samsung officially announced the ICS update for Galaxy Note would be pushed to Q2, with Premium Suite specially for Galaxy Note.

Yesterday, another ICS ROM for Galaxy Note was leaked. According to Rootzwiki, the build is for AT &T version, not the international version. It has most functions (e.g., face unlocking) expected in ICS and almost all works flawlessly.

If you have an AT & T version of Galaxy Note, and want to try the update, you may follow these steps (it may avoid your warranty and may damage your phone!!):

Anyway, it seems the waiting for ICS on Galaxy Note will be over soon!